I’d rather be talking about lore than this; but, in light of naughty behavior from both sides of the debate, I’d like to stick my foot in it.  There’ll probably be a DLC follow-up that’s more lore-oriented; but, first, we start here—This is my microtransaction talk, my perspective of the issue, and ideally a constructive plea to the industry in the end:

Not all microtransactions are bad; but, trouble arises when they’re treated as purely monetization of a game rather than the game design element that they are. A microtransaction is any shop item in a game that requires real money (or an in-game currency purchased with real money) to complete a purchase/sale. A few important characteristics of this system influence gameplay and gamer perceptions: the frequent production of a secondary economy, the occasional “accidental” socioeconomic hierarchy, and contribution to the impression of a game’s lifespan or long-term viability. Many concerns surrounding microtransactions can be resolved by respecting a game’s core appeal (and subsequently its player base) and employing a little transparency.

An in-game economy is usually fairly stable, rewarding playtime and dispensing rare items in a way that makes them technically accessible to most player tiers. However, when this system becomes tied to a real economy via microtransactions, it tends to attract profiteers aside from the publisher and/or developer. This secondary economy typically affects rarity stats, loot farming practices, and results in a lopsided market that no longer rewards player dedication—as demonstrated by in-game markets with re-sale options and third-party purchase sites outside the game. Publishers and developers have attempted to combat such exploitation by making items non-transferable and policing third-party sites. On the one hand, these measures ensure that hours of play to gain a rare item aren’t negated by someone’s button bot; however, non-transferable items make migrating accounts more difficult.

One of the biggest issues surrounding microtransactions is the nature of the items being sold, as in whether or not such items impact player stats and capabilities. When an item available for purchase with real money affects player capability, a socioeconomic hierarchy is formed, essentially the implementation of “pay to win.” While some games have tried to mitigate this impression by making the same items available in drops found in regular gameplay, rarity has to be increased to make the drop exclusive enough to warrant a real-world investment, or relevant farming has to be inane enough to encourage paying for a “shortcut.” Consider both of these in terms of design: Increasing rarity does little to negate the paywall impression for the majority of players while the other option is to intentionally create frustrating or boring gameplay to promote sales. A friend referred to these tactics as “adding insult to infuriation.”

For many gamers, microstransactions are also misleading in terms of a game’s anticipated lifespan. While many factors affect a game’s longevity, player estimates are typically influenced by content updates, DLC, and level variation for replayability. Microtransactions frequently create an impression that money fed into the game will be returned in the form of more game, thus implying long-term developer support and dedication to creating new content. However, an overwhelming number of games employing microtransactions have no intentions of supporting the game beyond a year from release, if that. Most offenders focus on single-player campaigns and have limited or no multiplayer elements. Currently (and thankfully), this affliction is mostly confined to the mobile market.

Microtransactions can be functional monetization and game design elements as long as they’re implementation is transparent and apply only to cosmetic items. Explicitly stating that a game features microtransactions from the outset, either in the retail summary or at the start of the game, prepares the player for further investment. Not to mention, it provides a clearer idea of continued developer support and allows the company to define their prices, increasing players’ awareness and ideally preventing bloated prices in a secondary market.

Some developers and publishers are under the impression that buyers won’t be interested in or pay money for cosmetic items. However, many players are not inclined to buy or participate in games that favor only those with the deepest pockets—That’s life; we already play that; we play games to get away from that (at least the sensation). 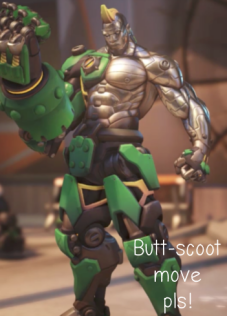 But, for every person willing to shell out $50 for a t-shirt, there’s a gamer equivalent willing to spend the same budget on legacy costumes, homages to other media—slightly tempted to purchase Overwatch to play Doomfist as Gun Jack from Tekken (thanks, Jonathan, for that heads-up)–and adorable pets and/or mounts that celebrate unique zones or difficult missions. Yes, quantity matters here: Few players are willing to pay $50 for one item; so, they’re budget is usually spread across multiple items. But, those are digital products, things that should demand little overhead if the developer is still actively supporting and producing content for the game as microtransactions suggest.

Developers and publishers, trust your target audiences and their passion for your game. Be transparent with them. Most of the time, we understand, or we’re willing to help contribute to a solution. Please respect the core appeal of your game, developer creative intentions and efforts, and fundamentally your gamers! The issues that persistently revolve around microstransactions insult gamers’ capability and hack at their equality as players and consumers. Games have long been social equalizers, and their almost universal accessibility has created a truly diverse spectrum of gamers! Cosmetic items contribute to representing that diversity while maintaining a respect for players’ skills. If you’ve ever had passion or affection for a game, if you’ve ever been the underdog and relished well-earned and justly rewarded triumph, please respect us as equals and allow us the same.

One thought on “The Microtransaction Talk”