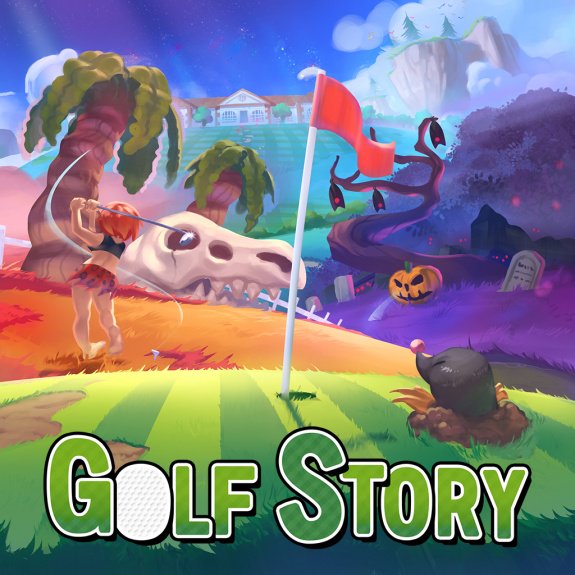 Many weren’t sure what to expect from a golfing RPG, much less it’s soundtrack; but, Golf Story and its soundtrack achieve a uniquely dynamic interplay between sport sim and RPG elements. Because most of the music underscores the action rather than highlighting it, the tracks play more a part of the game’s setting; thus, the album feels more like something from The Sims than Final Fantasy. Considering the leisurely nature of the gameplay, the approach is a pleasant invitation to enjoy the music in the midst of dialogue or as an interlude to a particularly difficult hole.

Despite their subtlety, Joel Steudler’s musical contributions to setting are as vibrant as GS‘s environments and characters. “Wellworn Grove,” one of the earliest tracks in the game, is a pastiche of themes that seem to reflect the course’s many occupants—from scuzzy course owner Lucky to sedate but pragmatic Coach. The composition is kind of an overture to the story’s main characters and the prospects of hard work and hope. Locations are characterized by unique instruments and musical styles. In Lurker Valley, players are greeted by dusky pipes and percussion that go full Australian with the addition of a didgeridoo. Cheekybeak Peak puts jazz flute to good use in a swinging composition for the birds. At the oldest course in the game, Steudler recalls golf’s Scottish origins with a bagpipe number. And, the bagpipes reappear, possibly with a hint of foreshadowing, in the Coolwind Wastes alongside a host of wintry bells. GS‘s soundtrack truly explores the musical breadth of golf’s history and has fun every minute of the way. The world might not have known what to expect from a sports RPG, but Golf Story has set the par for years to come.

What’s your favorite Golf Story track? Did you know the soundtrack is available on vinyl? Think another sports RPG does it better? Jazz flute, should it be a thing? Chime in with thoughts and comments below!